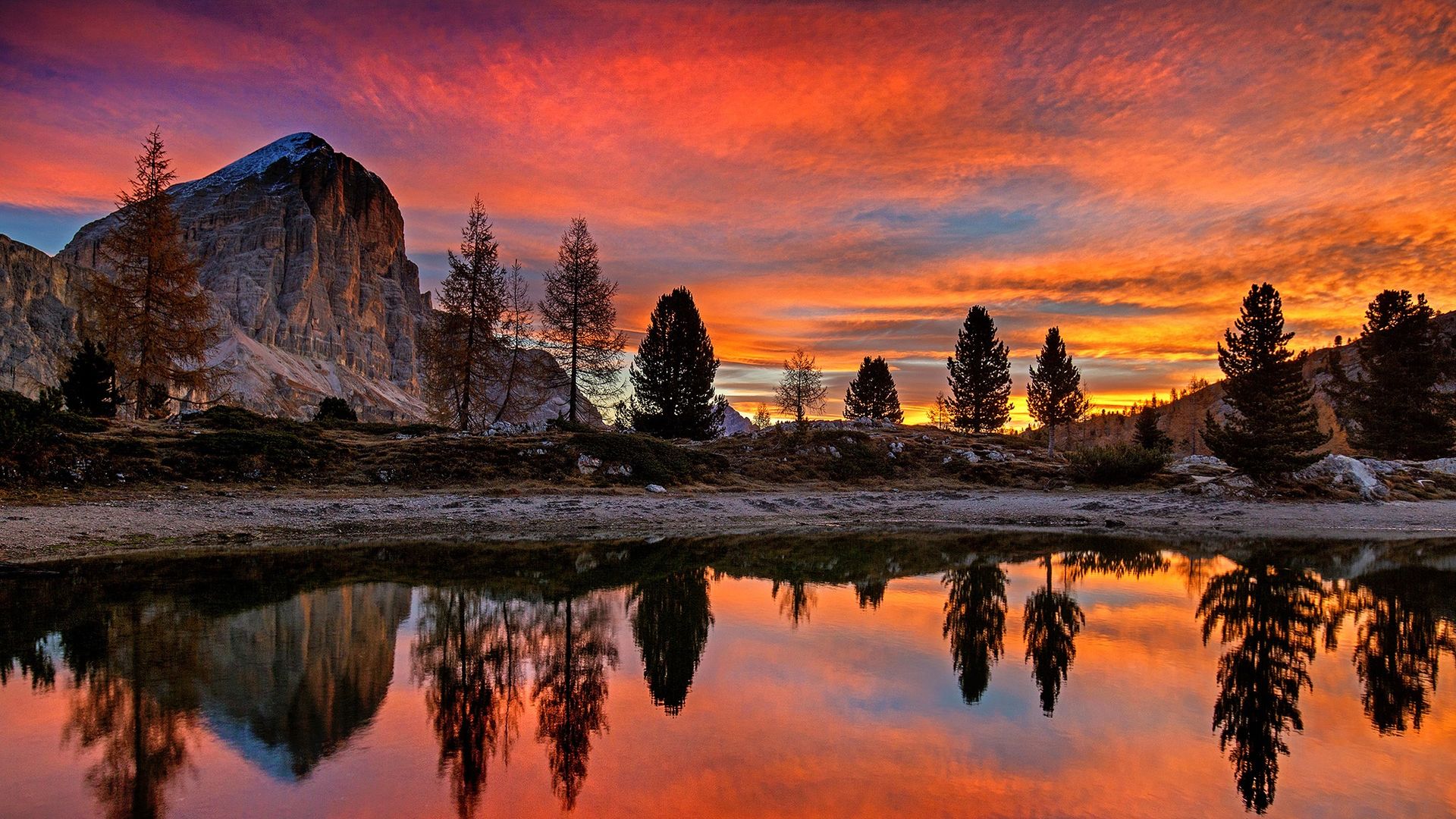 Here is what Adobe has to say about JSXBIN files:

The .jsxbin files are compiled JavaScript; they are in binary format so the source code is not exposed…

According to that document, the use of JSXBIN happens for two reasons:

This labs will demonstrate, that JSXBIN files are nothing but source code obfuscated JSX files. With some effort the source is recognizable and with some more effort it might even be possible to completely reverse the JSXBIN to a JSX.

How to create a JSXBIN file

After installing the ESTK, let’s have a look at how to create a binary version of a JSX file.

The binary, that isn’t binary

Open your newly created JSXBIN file in a file editor (e.g. notepad or notepad++). The first thing for you to notice: It’s not really binary in the sense of a compiled executionable. In fact, it’s all ASCII limited to the characters [A-Za-z0-9]. It might remind you of base64 encoding. If you like, go on and try to decode it as base64. Because if we look at the meaning and method of the code, it is somewhat similar to base64. It uses the same character set to represent the original JSX file. It is definitively not binary.

The good news for us, we have the ESTK to create the obfuscation in any plaintext we like. That’s exactly what my first approach was in reversing a JSXBIN. And here are the results.

Let’s forget about the previously created JSXBIN file for a second and start from scratch. The first script we’re going to export is an empty JSX file. This gives us information about possible static content.

The following is all the content of a JSXBIN from an empty JSX script.

For a next export, enter a single letter (e.g. the lower case a) in the JSX script file and export that script. You will receive the following JSXBIN content:

Repeat this by yourself and after many more JSXBIN files, we are able to identify somewhat static parts.

We have identified what seems to be a description header and a possible static three letter block at the beginning and end of the JSXBIN file. The next steps are to identify the representation of different characters and symbols, and their combinations.

For example extend the above one letter script to with an additional lower case a and export the script aa, followed by aaa and so on. After that, create the same for any other letter, and then write each on a different line and so on. After identifying the character representation, start identifying objects, variables, functions, control structures etc. And then the combination of all of those.

Having exported many scripts of various combinations of letters, the following letter representation characteristic was identified. A lower case letter (not as a data type string) is represented by j[B-Za]. Starting with a = jB and ending with z = ja. The upper case letters differ only in the leading value. Instead of j, a lower case i is used. This gives A = iB and Z = ia.

In addition to the representation of lower and upper case letters, a leading value that represents the number of letters was identified. For a single letter like a, that was a B, for two letters such as aa, that was a C. This goes on, up the alphabet and will be discussed in more details in the section about counter values.

The table is true for variable names, function names etc. In case of the data type string, the letters are represented in the same form. Before the leading letter counter value, a new identifier is inserted – Fe – to represent that the next letters and characters are part of a string. We are now able to translate the value Test to the JSXBIN representation EiUjFjTjU (including the counter value E). The same value as a data type string “Test” is represented as FeEiUjFjTjU (including string marker Fe and counter E).

The table below shows some special characters recognised during the analysis.

We are now able to represent the string “Test Value” in JSXBIN as FeKiUjFjTjUhAiWjBjMjVjF.

We have identified lower and upper case letters and special characters, as well as the difference between functional strings (variable, function etc. names) and the data type strings. In a next step, we are going to analyse the representation of digits and numbers as numerical values and as part in the data type string.

The procedure is same as the process to identify the letter values. First, there’s an export of a JSX script with a single digit, then multiple digits on the same line and the same digit on different lines.

The first export is of the script with a single digit 1 (remember, we’re removing the static description header from the output).

Note: The table only lists the values for the digits/numbers and does not contain any form of counter value.

We can see a clear difference between the digit character and the numerical string equivalent. The latter is just a combination of the string values from 0-9. This means the string “22192” is represented as FeFhShShZhRhS (including string marker Fe and counter value F). The number 22192 as a number acts like a counter (see section below) and is represented as d2kAiZ. 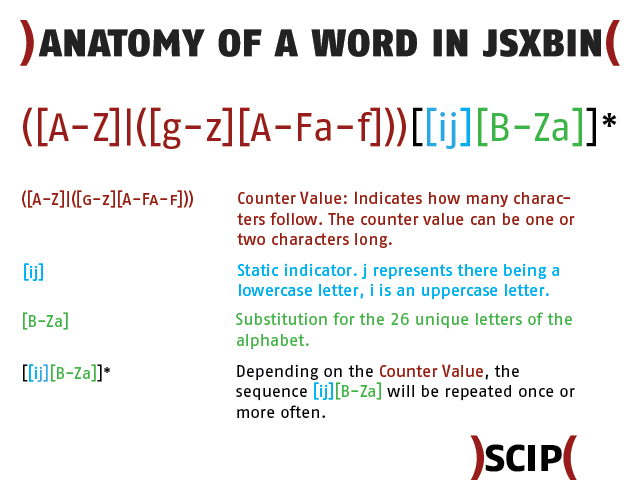 Counters are found in different functions. They may count the number of characters used in the name of a variable of function, the length of a string, there might even exist some sort of line numbers/counters. To my understanding, not all counters have the same starting value. What all have in common is the overflow after a multiple of 32.

We have already introduced the counter value in this article. Time to expand on that. A single lowercase letter is substituted with j[A-Za], excluding the counter value. If we add said counter value to it – the character indicating how long the string that follows is – the single lowercase letter a will appear in the JSXBIN as BjB. Let’s have a look at an example, namely the word Test, which is a functional string or a string data type. The word Test is a four-letter word and we have deduced that the leading counter value for four-letter-words is E. Therefore, we can state that the leading counter value character of a single-letter string is B and if we are trying to decode a four-letter character combination, then it’s E.

Now let’s try something else. Write the same characters on multiple lines, create a JSXBIN and try to find the value that represents a line break.

Here is an example of a multi-line file:

And its JSXBIN representation (some form formatting was applied to outline the different lines and blocks):

The next example is an export of a file with 33 lines. We are only looking at the last four identified lines of the JSXBIN string (it is only an excerpt of the important lines to express the overflow happening between 26 and 27, and 32 and 33. Plus some formatting is applied for better explanation).

Again, focusing on the characters from the beginning to the string data type delimiter (Fe), we are able to see that the first letter (J) remains static. It is followed by the counter value that can be comprised of either one or two characters. The block is ended with two static characters (nA).

We are able to identify that after the number 26 two characters are used to represent 27 and from line 32 to 33 an overflow occurs.

Here is what’s happening if we only look at the binary representation of the counters:

In the following table, you will find the counter values until the first overflow and some more overflow examples.

In this section, we are going to look at variable declaration. You could start again and build up the declaration. It’s what was done for this article, but we skip that and go straight to a more complex example.

The JSX script is represented (in a formatted form to identify elements) below.

The line below g) (AD B40Bi AC 4B0Ai AD 4C0Ai AAD) is of importance, but it’s meaning is unknown as of yet. A similar line always appears in the case of variable usage.

We are going to analyse functions in this section. Beginning with empty functions, and adding more context later in the analysis.

We start with empty, one-liner functions.

Looking at this example, we might be able to identify some of the elements.

Next, we will have a look at two empty functions, but this time declared over multiple lines.

Note: The line numbers are added for visibility and not part of the JSX script.

The JSX script is represented in JSXBIN by (Line designations a) and b) are added for visibility):

Before looking to more complex function definitions, here is an example with multiple examples and that calls more than one function.

We are also able to identify the structure of a function call.

As outlined in the beginning of this section, we will now analyse functions with more context. We will see that certain elements from the section above are changing and new elements are inserted.

Note: The numbers 1-5 are inserted for visibility reasons and not part of the actual content.

This is the (slightly formatted) JSXBIN output string:

If we compare line a) with the equivalent line of the first example (MAn0 Dz BjB BAF) we are able to identify quite some strong differences.

Two other details to note:

Now let’s look at an example where the function is called on a different line below the declaration.

Note: The number 1-5 are inserted for visibility reasons and not part of the actual content

So far our examples are very easy and don’t have a lot of content. We will now extend the function by a variable declaration.

The line b) equals the variable declaration (see section Variables for more details). As mentioned at the end of the section Variables, there is a line that is still unknown in functionality. A similar line appears here as line c). Another difference could be seen in line d), what before was Dz turned into Az with the declaration of a variable.

We extend the last example and add another variable to the function.

In this example, the line c) is the newly added variable alpha with the assigned value “alpha”. The added variable also affects line d), the old one was AB B40Bi AAB and the new one is AC C 4B0Ai A B40Bi AAC.

There is certainly much going on in the conversion of a function from JSX to JSXBIN. Reversing the full algorithm would take much more time. This is especially because of the unrecognized parts in the variable declaration.

To summarize what I have got so far:

Some parts are not represented specifically represented in a JSXBIN string. Among others such values are:

For the time being, this is the end of the reversing of the JSX to JSXBIN export functionality. With the functionality described in this article, it is possible to write a simple script converting the identified elements back into JSX. It may be possible that some elements are replaced with the wrong values. This is due to the script being more of something that identifies strings rather than a complete re-converter.

This article was posted as detailed as necessary to leave it open for anyone to contribute their own analysis. There is still much to do, apart form the variable and function declaration. For example: control structures (for, while etc.) and mathematical operations.