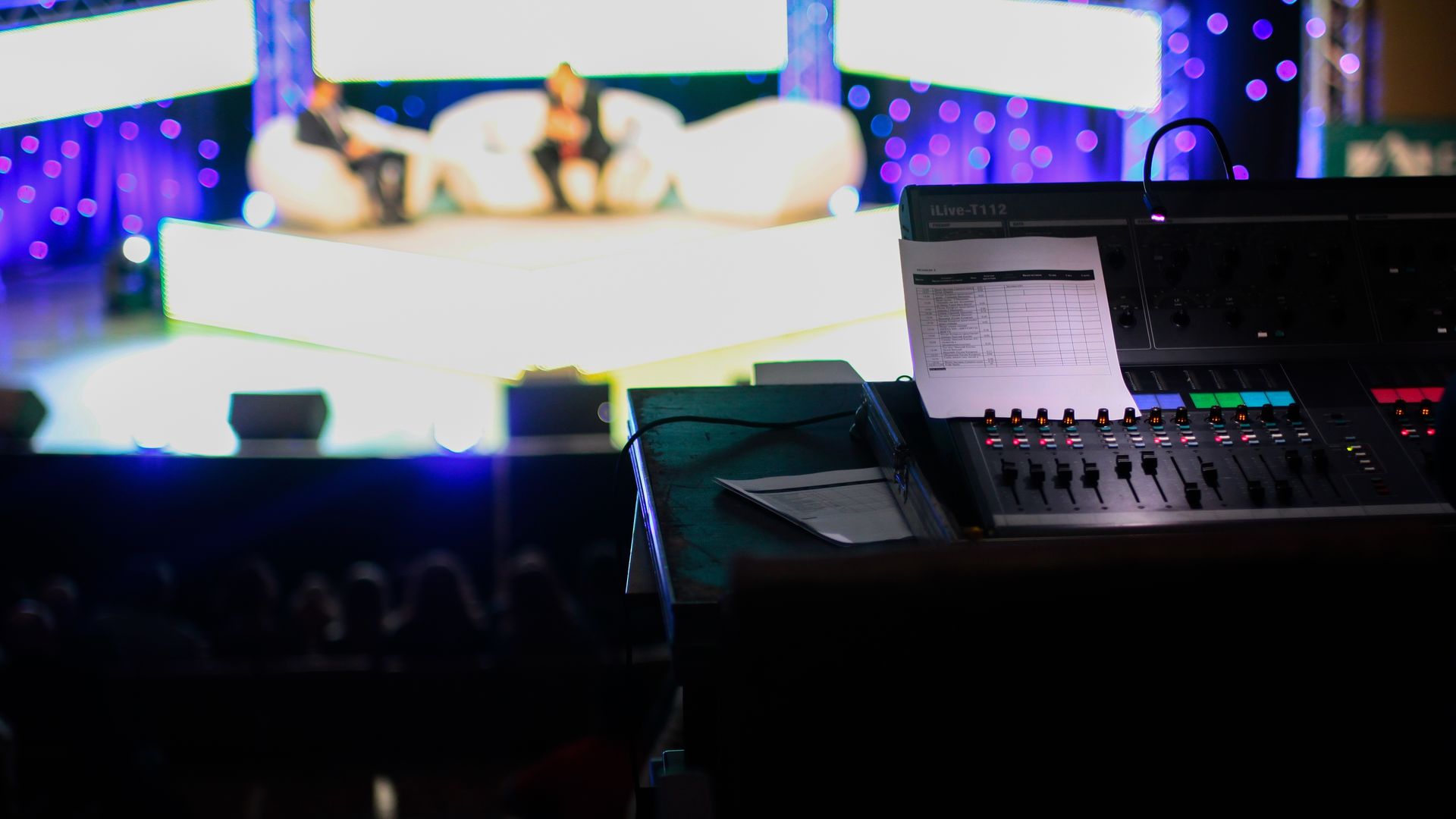 Reputational Damage to Media Corporations After a Hack

There are a few things that the media are, or what they like us to think. They’re reliable, they’re neutral and they can’t be compromised. They don’t get involved, they don’t have an opinion and they focus on facts. They don’t pander to an audience and they don’t parrot opinions. These are tent poles of a modern and unbiased media landscape.

As modern as most media tries to be, they neglect one thing. Especially traditional media such as newspapers and TV station whose core business doesn’t happen online treat the Internet as something that can somewhat be neglected. This can lead to them being vulnerable to all kinds of attacks, which lead to something much worse than monetary losses.

To fully understand this situation, we need to delve into the history of reporting and how these old values don’t really apply anymore to the Internet that some media houses treat as, to quote German Chancellor Angela Merkel, digital virgin territory.

On any given day, there’s at least one place of crisis in the world. Someone’s urge to kill someone else has gotten so strong that they can’t keep their finger off the trigger. When the shooting starts, somewhere a journalist grabs a camera, kisses his or her loved ones goodbye and throws himself or herself into the fray. Why? Because in the immortal words of war photographer Kenneth Jarecke who shot one of the most harrowing pictures of the first Gulf War:

If I don’t photograph this, people like my mom will think war is what they see on TV.

Journalists are, at least in theory, people who show us times and places of our world that we otherwise wouldn’t get to see. That means that they get themselves into mortal danger for the sake of informing people far away from conflict.

Journalist Marie Colvin explained her motivations for going into war zones in 2000 when she accepted the Award for Courage in Journalism, given out by the International Women’s Media Foundation.

Once there, they enjoy a number of special privileges. The International Committee of the Red Cross awards journalists somewhat special status.

Rule 34. Civilian journalists engaged in professional missions in areas of armed conflict must be respected and protected as long as they are not taking a direct part in hostilities.

In the past few years, fewer and fewer militant forces respect that right. Journalists have been harassed, abducted and, in some cases, even killed. 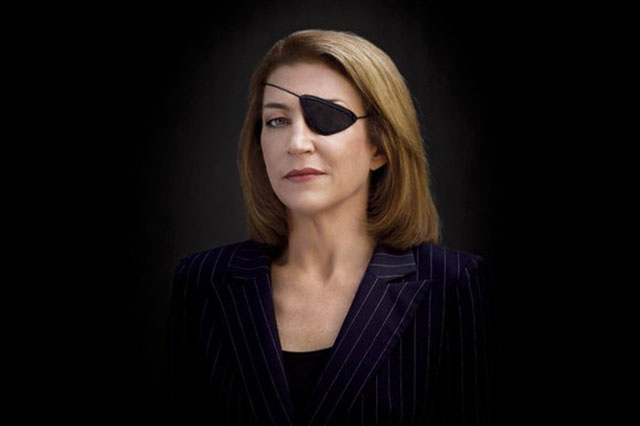 There are many more. During the Syrian conflict alone, 130 journalists are confirmed to be killed as a direct result of the war.

Killing journalists has proven to be a rather bad move. As soon as one of them falls, investigations are launched and the public is in favour of whoever didn’t kill the journalist. In case of a false flag operation there needs to be a story constructed that is both simple and believable. False culprits must be found and usually executed. All in all, it’s a rather big deal that raises a lot of questions and usually has a lot of conflicting answers that just don’t add up (as they do in the aftermath of the Assassination of Anna Politkovskaya).

The spread of the news is also relatively short. Therefore, insurgents and agent provocateurs have taken to the Internet in order to prove their point. Their targets are well known, their exposure great. Following this tactic that is little more than a show of force, they deface websites to display a message of their choosing.

Most recently, alleged members of the Islamic State have taken to hacking a variety of websites. Using the name Cyber Caliphate, they showed that they were indeed capable of wreaking havoc in the digital world.

The Internet is a new battleground. Wars are not only waged by men and women on the battlefield but also by people behind keyboards and screens.

Why? Hearts and Minds. The strategy first employed by the US Army during the Vietnam War aims to have locals sympathize with a force that is otherwise perceived to be malevolent, such as an invading army. Or in the case of the IS, a group of religious zealots whose faith has been marginalized and demonized since 2001 at the very latest.

Hearts and Minds can take many forms. Usually, it is an attack on two fronts, but either one of its attacks can function independent from the other.

To better explain this, let’s assume we have two nations at war. They’re called Nation A and Nation B, whereas Nation A is fighting a war on Nation B’s territory.

What the Islamic State does is not dissimilar from this. Their fighters run social media channels on Twitter and elsewhere to get Likes and sympathy – Hearts. This works rather well if all accounts are to be believed. People young and old leave their lives in Europe to pick up arms for the Islamic State .

More interesting, though, especially given the context of a hacked media house, is Minds. Because that’s what it is.

TV5Monde Goes off the Air

On April 8th, 2015, the Cyber Caliphate has made their most high profile hit yet. French TV channel TV5Monde had their website defaced and, even worse, the channel’s broadcasting was interrupted for hours at a time. While the financial damage is neglectable, it’s the minds of people and companies alike that are under attack here.

The People expect, due to the history of the press, their media to be reliable and beyond reproach. Nobody can harm them, they’re free to do what they please as long as it’s true. This expectation has held up over the centuries of printed and televised media. Hijacking of radio and TV channels have been rare outside of a few occurrences here and there. Perhaps the most infamous event was the 1987 hijacking of WTTV where hackers overlaid the signal of a Doctor Who episode with a video of them posing as TV character Max Headroom:

Outside of that: Pirate radio is pretty much dead due to being obsolete. Everyone can have their own TV show by uploading videos to YouTube. All in all, there is no reason to intrude into the media, other than to prove that you can.

This is what this does to the people. Then there’s the media themselves. They want to be there, 24/7, maintaining integrity and confidence. They can no longer do that. They appear broken and powerless before the Cyber Caliphate.

Media houses, thus, must pay greater attention to the hackers that seek to undermine them. In our work, we often see that this is not the case. It is in a media house’s best interest and in that of any nation that calls itself any kind of just that the media – enemy or domestic – are beyond reproach and free.

Journalism must go on. It must go unhindered. If there are forces out there that want to hinder journalism from being truthful and as unbiased as can be, then media houses must defend themselves. This doesn’t just mean legal security, but also security against hacks, among other things. Safe passwords, hardening et cetera. If freedom of media means that the website and servers of a media house must be digital fortresses, then so be it.

So what can the people, readers and viewers, do? Nothing. They shouldn’t have to. They should be able to rely on their media outlets. Is this a huge responsibility to take for a media house? Absolutely. It shouldn’t be taken lightly or without any thought.

Meanwhile, there are hundreds of journalists out there risking life and limb to report your news, to give you an insight into what goes on in war torn countries and to make you aware that war isn’t what you see on TV. They do it for you.