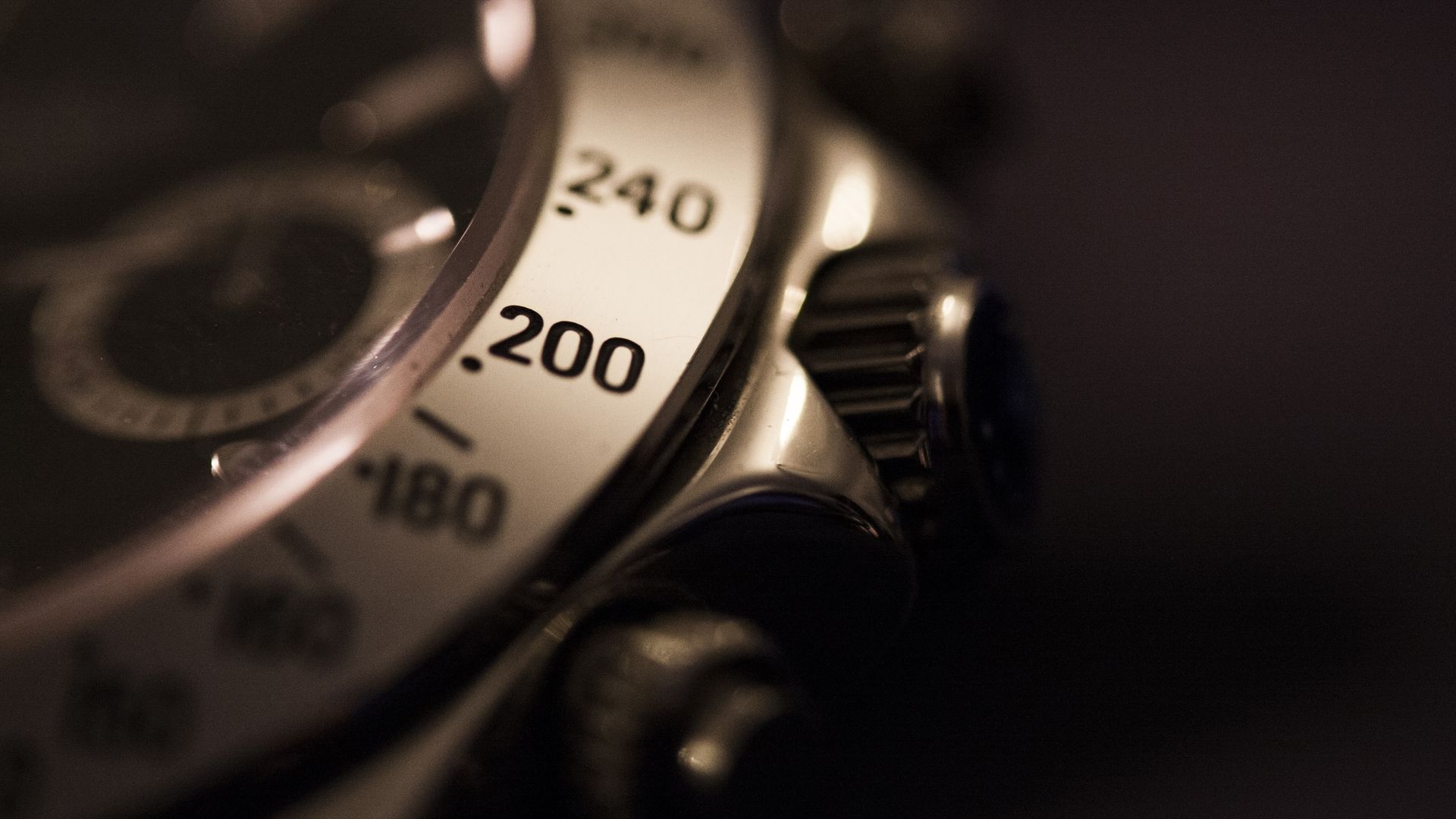 AI Stays True unto Us

In Good and Bad Times

This is the current state of Artificial Intelligence

On the Hook with Bots

The situation is somewhat similar to the episode “Hooked” from the TV series How I Met Your Mother The lead character, Ted Mosby, hangs on the hook of a woman who claims she wants to be with him but can’t right now. She uses Ted for her own purposes until she finds something better. Even practicing with a sweet Tea Cup piggy won’t help to let go of what has no future. This is how even if you want to let go and say no, you still add not now, which leaves behind a small hope for a distant future together. So the question is, are we on the hook of AI? Billions are invested in research and start-ups, thousands of new jobs and professions, around the myth of the Data Scientists, arise, a plethora of study programs on AI are sprouting. Everyone hopes for a bright future with AI. However, the FOMO over AI often results in hasty business decisions.

For the average consumer, the big achievements are not there yet: Siri still cannot solve any puzzles, we still die more by a human hand than by killer robots, which would be much more exciting. Again and again, myths about AI are being demystified, and the question of real abilities brings rather sobering results. Once the hype has been deflated, we want to get off the hook, but then suddenly a new thrill comes up: Google Duplex can make appointments at the barber without being recognized as an AI and the distant future of AI has once again moved within reach. The game is on again. We’re back on the hook.

Prof. Dr, Tania Peitzker, CEO and shareholder of BaaS-velmai Ltd, creator of Mixed Reality AI Bots, thinks that in the constant back and forth of hype and downturn since 1950 lies the true opportunity:

Over the past six years, a highly promising hype cycle of chatbots has been observed. What is left for us? The foreseeable downturn after the euphoria is the most productive time for the real deals, now that the dust has settled. We see more direct applications of the technology in the next 6 years to solve commercial problems with high complexity. The concept of Internet of Things will become actually tangible in part because of high-performance Bots as a Service instead of the previous simple applications that have limited Natural Language Processing capability.

Beth Carey shares this view. She is the CEO of a machine intelligence startup, Pat Inc, which represents human language for computers based on meaning (semantics) (Natural Language Understanding). Pat Inc has developed an award-winning NLU algorithm to meet the needs of true device communication. Just as Gartners Hype Cylce states, the climax of the hype has been reached, followed by the sobering fall into the depths. Companies like these now want to facilitate the transition to productivity.

The Future of Digital Assistants

How may this productivity look like? It seems that the approach to AI is a little more neutral, certainly because many experiences with poor bots have led to disappointment. A not to be underestimated role is played by the digital assistants, such as Siri or Alexa, as these make artificial intelligence more tangible for the general public. But it is certain that the potential of the conversational AI has not yet been exhausted, although the approach is increasingly changing: more realistic, skeptical, curious, focused on symbiosis and simple applications that are well done and work. They bring a little efficiency, a little fun for tech enthusiasts and leave enough room for humanity and above all, freedom to choose man or machine. This means that a healthy synthesis is created from tasks that can be solved by humans and by machines. Thus, AI can be introduced bit by bit, rather imperceptibly, with the so-called salami technique, in order to reduce reactance (resistance) and increase the likelihood of adoption.

The Titanium Research Team continues to work on solutions that can reconcile human strengths with those of a weak but well-functioning AI. Testing AI remains an indispensable component, which we have integrated with the further development of the A-IQ into a fixed research and application focus. The components that prove decisive on the human side, for example within the adoption behavior or in establishing and maintaining a relationship based on trust with technology, lay a heavy emphasis on the psychological side. As co-organizers of the Applied Machine Learning Conference at the EPFL in Lausanne, the Titanium research team will discuss the future of digital assistants with renowned experts.

Interdisciplinary cooperation and exchange between practice and science will bring decisive benefits, not only at the level of technological advancement but also at the societal level. There, healthy skepticism and clear, fact-based communication will make expectations realistic, goals benevolent, and abuse less likely. Of course, misuse of technology can never be completely eliminated, that’s not the goal. Rather, it is important that social norms and standards are set up and established. We are still a long way from establishing those, but efforts, e.g. from IBM or a lot of research funding from the state, are trend-setting. How concretely all these good intentions can be implemented will be seen in the big Ethics-Showdown.

With the fear and uncertainty about AI, which is partially justified, the ethics boom is also in full swing. The AI race between the USA and China, in particular, causes great uncertainty that goes beyond FOMO. Not only the fear of the labor market revolution plays a role, but also the fear of humans themselves. The fear of people who develop AI, those who use them naively, and those who use them intentionally to harm others, be it through weapons or cyber attacks. As long as there are people who are evil and use technology for malicious purposes, there will be ethics for technology and machine (hence, forever).

In fact, even the best, ethically correct algorithm cannot protect us from people’s malice and inadequacies. No matter how good, or ethically correct, an algorithm can never protect us from the dark side of human behavior. Since no human is perfect, no machine nor its algorithms will ever be perfect.This is one of the biggest misunderstandings: the expectation that an AI must always act correctly. This day will never come, nor will the day on which a human will always behave correctly (regardless of the question of what is correct). For non-ethicists or moral philosophers, ethics is incredibly difficult to grasp. Even for human scientists, e.g. Psychologists, orientation, questions, and methods are completely different. Neither a computer scientist nor a psychologist can demand a sound scientific examination of AI and ethics. It takes an incredible amount of people and resources to do meaningful work on the subject. Whether the entire investment is more than just a cost center, must- or nice-to-have, has to show.

Future of Life Institute wants to remedy this situation. It is a significant entity in this area, which was founded by Max Tegmark, among others, and is consulted (or was) by such luminaries such as Nick Boström and Stephen Hawking. They have created a visual mindmap that provides an excellent overview of AI and human values. Then, at last, it becomes clear how difficult the topic is: the main pillars are Validation, Verification, Ethics, Governance, Foundations, Control and Security. The individual branches show brief descriptions of the respective topic. Each of the sub-topics is a course of study in itself, should you want to. It is certainly beneficial to deal with the topic, even if you can never understand everything. That’s why interdisciplinary cooperation is needed, again. Everyone has their job and contributes to the big picture by focusing on their job and doing well what they do instead of trying to do everything just a little bit well (or worse). The good old triple bottom line comes into full effect here. Here again, within the context of AI, it can be ideally used as a framework for long-term, sustainable benefit.

Along the Triple-Bottom-Line, the projects of the Titanium Research Department intensively examine the individual and socio-psychological components in interaction with the respective technological requirements in a narrowly defined context. Greater issues, such as how to build trust with AI, are an important part of the debate What makes good AI. In order to get the best possible answer, the Titanium Research Department also participates in the Applied Machine Learning Conference on the track Track AI & Trust.

The following broader themes will be discussed:

From Research to Practice

These insights are used accordingly to further develop the Artificial Intelligence Testings (A-IQ) but also in practical applications in human resources or in hospitality. By integrating organizational-psychological approaches, the applications always focuses on a symbiosis of humans and technology to generate maximum benefit. Especially in the hospitality or HR industries, the human factor is central, of course, which means a great deal of coordination and demarcation in cooperation with practice partners.

Aligning with one another makes much better, but at the same time always involves more effort and expense. Whether this is worth it will be shown. So, what will happen in 2019? Not much, probably. And that’s actually a good thing. But in a way, one must also thank the hype, because it is only in this way that AI also reaches the general public. Because very few people killing time during their commute will read a scientific paper entitled Domain Adaptions for large-scale sentiment classification: A deep learning analysis, which is quite interesting in terms of consumer comments on Amazon and Co. But in fact, killer robots headlines are still simply generating the most attention and fascination. More and more non-technologists are getting interested and involved in the topic of AI, and try to define their own opinion and role, thereby shaping the ways of the future. AI is in line with the important social issues of climate change, vaccination, or voting. Not everyone can fight for everything, but everyone can learn and move some small things if they want to.

Marisa Tschopp has studied Organizational Psychology at the Ludwig-Maximilians-University in Munich. She is conducting research about Artificial Intelligence from a humanities perspective, focusing on psychological and ethical aspects. She held different talks like for TEDx and is also board member of the global Women in AI (WAI) initiative. (ORCID 0000-0001-5221-5327)